On November 22 we'll celebrate the pluralism of CBC Radio 2 and its flagship classical program "Tempo".
A year ago, after 3 years of radio silence, and after an official complaint to CBC executive Mark Steinmetz, its producer played an extract of my first CD. They chose "Gnomus" from Mussorgsky's Pictures at an Exhibition. Since then, nothing.
As we guessed when the New 2 was introduced, independent classical musicians in Canada are the first casualty of the classical music schedule shrinkage and between gate keeping and friendlies peddling, the rest of us will not be heard on the very radio our taxes sustain.
2 minutes 54 seconds of air time in 4 years and 3 CDs later! Ah, isn't that wonderful to feel the support of the public broadcaster to develop your career?
Thank you CBC Radio 2! 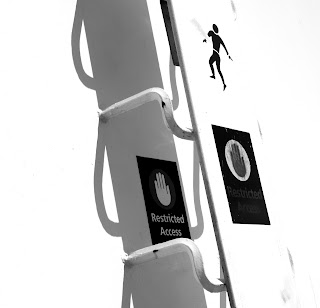 Posted by Pianistsveta at 2:09 PM

Pianistsveta
SVETLANA PONOMARËVA who was born in Siberia, Russia went from playing with her fingers on the table at age three to being accepted, with the highest mark, to study in the prestigious Gnessins Russian Academy of Music in Moscow. Svetlana studied in the classes of Alexander Satz and Alexander Alexandrov. She was a finalist at the Young Concert Artist Competition in New York in 1993 and reached the semi-finals at the 1996 Esther Honens Calgary International Piano Competition, Canada. Svetlana has performed as a soloist, with orchestras and chamber ensembles, in Russia, Germany, Canada and the U.S.A. She has collaborated with distinguished conductors such as Sergey Skripka, Oleg Burakov, Yuri Nikolaevsky, Dmitry Vasiliev, Russian Prize winner Vladimir Rylov, Valery Khalilov, Anatoly Levin and Sergey Durygin. In 2004 Svetlana made her New York debut in Weill Recital Hall at Carnegie Hall and has since released eight CDs. www.ponomarevapianist.com